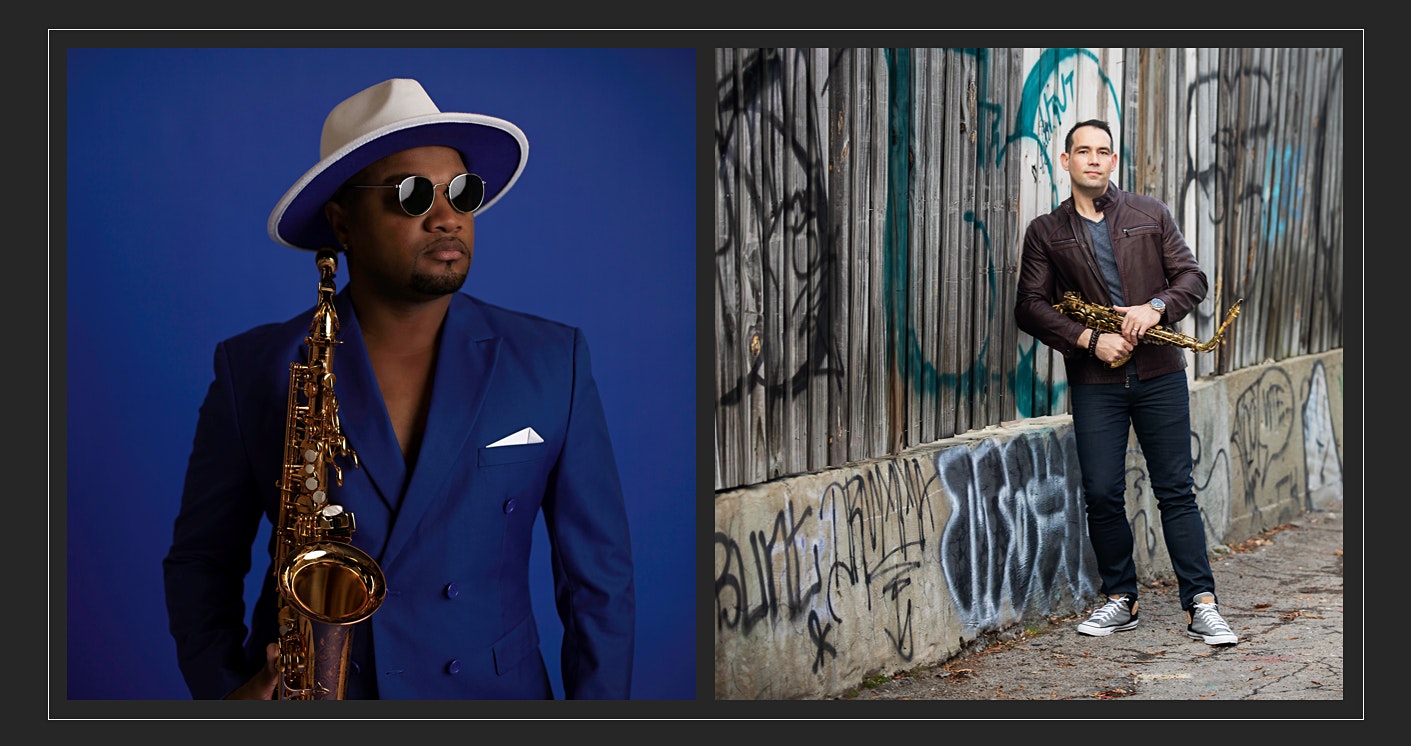 The Grammy and Stellar Award Nominated artist is an incredible act and one worth watching, saxophonist Marcus Anderson is the golden child shining among stars. With 15 studio albums on his list of accomplishments, the fusion jazz artist brings R&B, Pop, Rock and Funk to make music that puts listeners in another atmosphere. Charting number one in both categories of Billboard’s Smooth Jazz and Sirius XM’s Watercolors with numerous hits the Spartanburg, SC native is delivering major music in a humble way. His work with the late Prince and the New Power Generation led him to join stages with the likes of CeeLo Green, Judith Hill, Stevie Wonder, and Liv Warfield just to name a few, where he had become a key contributor in these touring band. Prince also featured Marcus on his last release Hit N Run Phase 2, playing on “Revelation” and “Look at Me Look at You”.

Anderson is an act that puts on a show for and with household names. Whether he is performing for dignitaries such as President Barack Obama, Jesse Jackson and Hillary Clinton or blazing the stage with Sheila E., Anthony Hamilton or Miguel in a collaborative effort, Anderson is always the man of the hour, delivering stellar musicianship every time. Stevie Wonder, CeeLo Green, Lailah Hathaway, Eric Benet, Brian Culbertson, Jennifer Holiday are just a few out of the numerous world-renowned artists that Anderson has opened for and with whom he has shared the stage.

Both near and far, audiences of all musical tastes have made their way to hear Marcus Anderson and his band “The Creatives”. He and his band present a show in which no other instrumentalist has ever brought to the stage. High-spirited and welcoming, Anderson is a multi-instrumentalist who is not afraid of “giving it his all” He’s a fan-favorite at highly recognized festivals such as Essence Music Festival, Catalina Island Jazz Trax Festival, Seabreeze Jazz Fest and many more. He has also appeared with headliners on top-ranking shows like The Tonight Show, Arsenio Hall, Jimmy Kimmel Live! and Jimmy Fallon.

“A couple of firsts…”

Anderson, is 5 years into the coffee business and the proud owner of “Trax Coffee Bar” located in downtown Rocky Mount, NC where they serve his Brand of Coffee, “AND Coffee”. He also hosted the very first ever Jazz and Coffee Festival in Asheville, NC every August. Marcus has also most recently ventured into the world of comics and animation also being the first jazz artist in history to create his own comic book and cartoon animation.

Anderson’s Favorite quote given to his by his dad is “work smarter not harder”.

Billboard top 20 artist Jason Jackson burst onto the scene in 2021 with the release of his debut EP, Movin’ On and hasn’t looked back.

In March of 2022, Jason will be releasing his second single from the Movin’ On EP to radio stations all over the country. The track, “Groove All Night” is a smooth ride featuring guitarist extraordinaire Tim Bowman that is sure to have your foot tapping from start to finish.

Jason grew up in Wilmington, NC and at a young age, started to study music with long time James Brown saxophonist – Leroy Harper Jr.. While still in high school, Jason landed a gig working as a member of the house band at the House of Blues in Myrtle Beach, SC where he performed as the opening act for artists such as: Brian McKnight, Morris Day and the Time, KC and the Sunshine Band, and Michael McDonald.

In 2011, Jason enlisted in the Navy as a musician where he was able to play for audiences all over the world including: China, Indonesia, Malaysia, Cambodia, Vietnam, and Australia. During his first tour, he was awarded the Colonel Finley R. Hamilton Outstanding Military Musician Award and a few months later, he was relocated to the Seventh Fleet Band in Yokosuka, Japan where he lived for over 3 years. During this time, Jason was able to play at some of the most prestigious venues in the area as well as volunteer in several local community bands where he was able to interact one on one with young local musicians. It was during this time that Jason learned that music was truly “the universal language”.

After his military service ended in early 2021, Jason teamed up with contemporary jazz star Adam Hawley to create his first oﬀering as a solo artist. Movin’ On is not only produced by Hawley, but includes him as a featured artist along with Julian Vaughn and Tim Bowman.

“Jason Jackson is one of the most talented up-and-coming artists and saxophonists I’ve worked with. He has an undeniable sound and presence, delivering soulfully with every deftly-placed note. Coupling this with the incredible bass stylings of Julian Vaughn, “All The Way” was a delight producing and is one of tracks I’m most proud of. Look out for Jason in 2021!” –Adam Hawley

“Jason has a natural knack for coming up with super catchy melodies and playing them on his sax with amazing dexterity and a whole lot of soul. He’s got a bright future in the world of instrumental music as this new track featuring guitar great Tim Bowman certainly shows!” –Dave Koz