About The Tin Pan 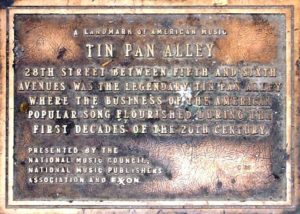 Tin Pan Alley was a time and a place in American musical history —literally an alley in Manhattan between the late 1800s into the 20th century, but also a defining moment when popular music original to the United States found its foothold.

We decided to name our restaurant and music venue “The Tin Pan” to celebrate the American music industry as a whole and to highlight the concentration of diverse talent springing up right here at home in Richmond, VA. That’s why our performance stage hosts top-level touring acts alongside crowd favorites from down the street.