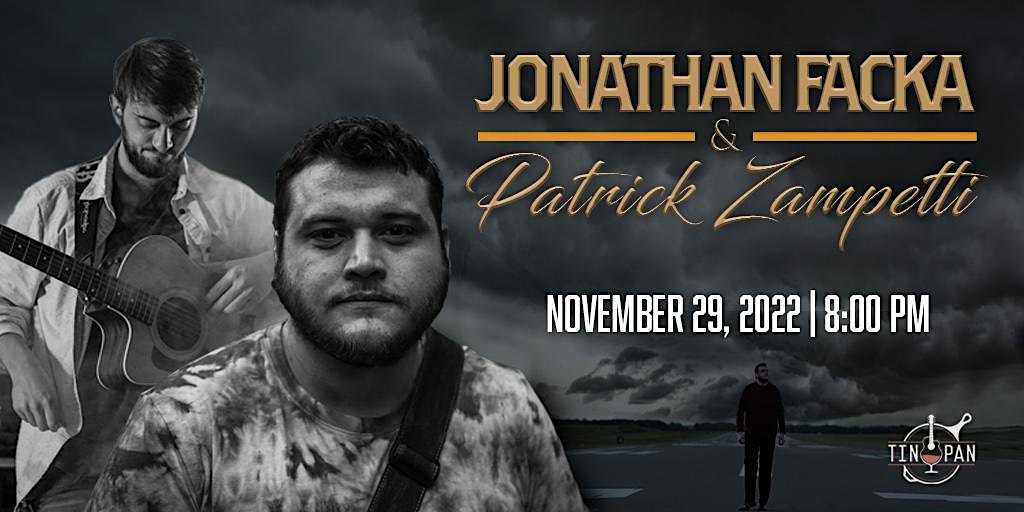 Jonathan Facka is a songwriter from Richmond, Virginia who has dedicated his life to creating music that tells his story. A dark story full of pain and loss. He takes inspiration from real life tragedy and other experiences he’s had. On a hunt that never ceases, as life continues on no matter how difficult things may seem at the time. He is devoted to being honest in his writing and is never afraid to spill his true feelings onto the page. The vibe of his music varies between Folk, Americana and Indie Rock. Some of his main influences include Paul Simon, Passenger, The Paper Kites, and The Tallest Man on Earth. He strives to take you on a musical journey with each song he writes, providing those who listen with their daily dose of melancholy.

Jonathan has been on many bills with Sofar Sounds and played many sold out shows on the east coast of the US. From NYC, Boston, and DC to his own hometown of Richmond Virginia. He has branched out as far as Denver Colorado with his act.

In 2017 he quit his job to pursue music, though he has been writing songs since he was very young. At age 12 he took up the clarinet in middle school. He later began learning guitar when he was a freshman in high-school. “The time was right to venture off into a new world” he says. In 2017 he began writing for his debut album “Streetlight in the Woods”. The album was released in 2018. And now in 2020 moving into 2021 he is all set to release his second studio album “The Tarmac” on January 29th.

Since his debut album in 2018 Jonathan has been featured in many publications from his own hometown favorite RVA Magazine all the way to the national stage with his recent nod from Billboard. The future for Jonathan is bright. With a new year approaching and new hope on the rise he plans to tour this next record. Maybe someday soon you can come see him in your own hometown.

“In beat up jeans and a VCU tee, Patrick sits across from me on his beloved tempurpedic bed. He refers to it as the cloud and he’s not lying. That thing is the bomb. “I don’t normally talk to people about this stuff,” he says stiffly. Cracking a smile, he adds, “that would be like actually explaining what my songs mean…that’s for the listener to figure out”. Patrick is a 28-year-old singer/songwriter with music in his brain the way that air fills the rest of the world’s lungs. He picked up a guitar in 2005, and it wasn’t long before he was crooning his self-written tunes, peppered with a few covers, at local Richmond events. He’s played at over 25 regional venues and festivals and doesn’t plan on stopping.” – Sydney Hubbard (CAA)

Patrick most recently opened for The Spin Doctors.