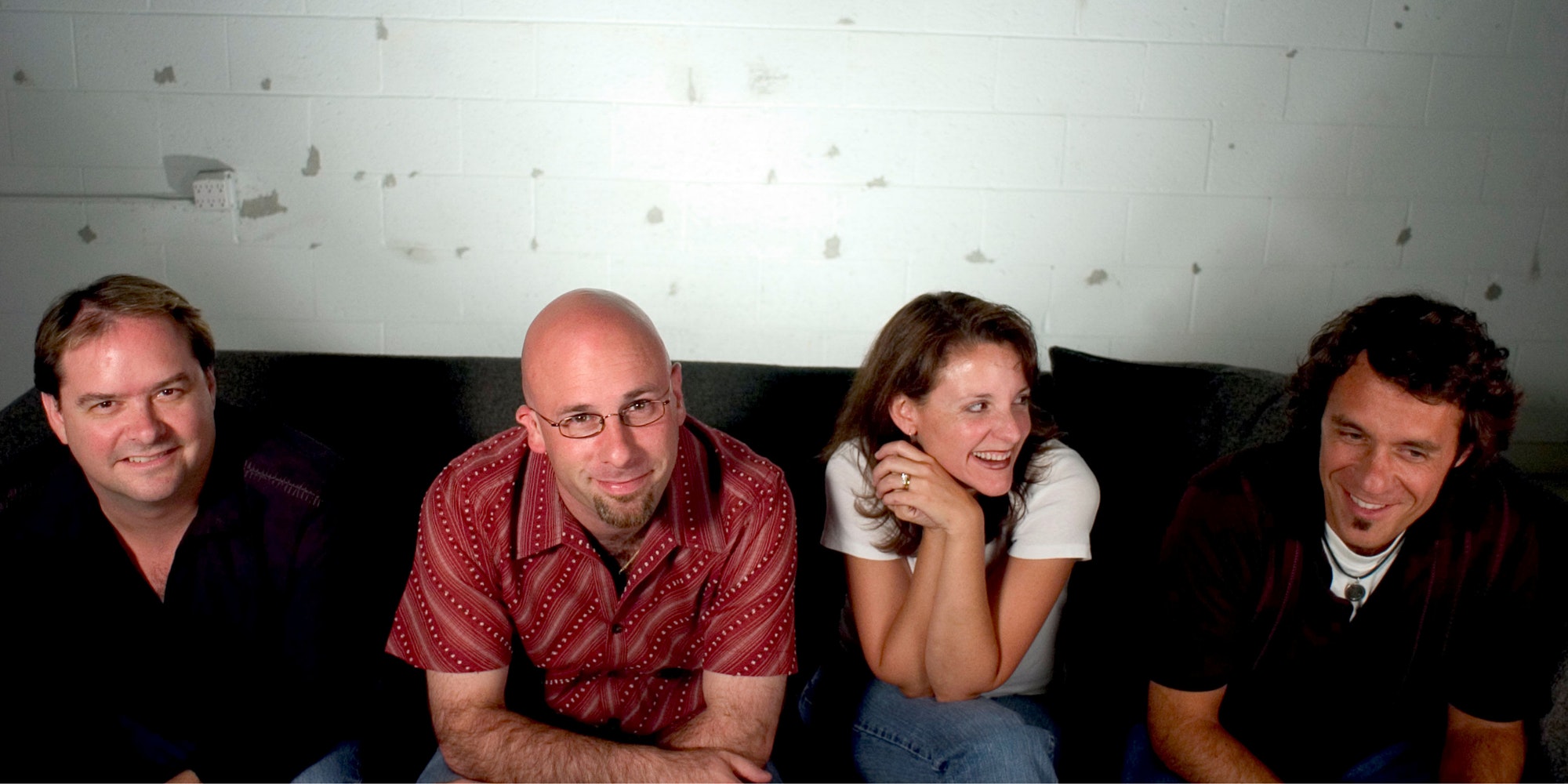 Eddie From Ohio appearing at The Tin Pan in Richmond, VA

Too energetic to be labeled just “folk” and not angry enough to be pegged “alternative,” Eddie From Ohio continues to defy description with their unique blend of vocals and acoustic instrumentation. A bedrock foundation of hand and stick percussion and a textural flavoring of guitar/bass/harmonica support the four-part harmonies and lyrically-driven original music. While this combination has drawn comparisons like the Grateful Dead meets Peter, Paul & Mary, or like Jewel fronts the Barenaked Ladies, EFO fuses a multitude of musical influences to create their own trademark sound. Performing Songwriter writes, “The manic strumminess recalls Ani DiFranco or Dave Matthews, but there’s also a deep undercurrent of high, lonesome mountain harmony that should appeal to fans of Alison Krauss and Union Station.”

Not bad for a Virginia-based band that began in 1991 playing covers in neighborhood bars when three James Madison University graduates (Robbie Schaefer, Eddie Hartness & Michael Clem) teamed up with Virginia Tech alumnae Julie Murphy (now Murphy Wells). After a popular seven year Tuesday night residency at Bad Habits Grille in Arlington, VA, EFO graduated from town taverns to renowned listening rooms and concert series throughout the country, where their tight harmonies and humorous lyrics, set against an eclectic array of musical forms, can be featured to best advantage. Since signing with a national booking agent in 1996, the band has covered the country, from The Somerville Theater outside of Boston to The Great American Music Hall in San Francisco.

The band continues to perform but on a more limited basis since September, 2005 when vocalist Wells was diagnosed with breast cancer. Fortunately, after an intense year of chemotherapy, Wells is on the road to recovery and remains active in cancer cure fundraising. In 2006, bassist/guitarist Clem produced his first solo CD (produced by Hartness), and guitarist Schaefer has found quite a calling in children’s music, releasing a successful CD and hosting a daily satellite radio show on XMKids. Percussionist Hartness continues to keep the beat for a number of local artists and stays active in the world of audio engineering.

Wherever and whenever the four reconvene on the stage, an EFO show is always an experience to remember.