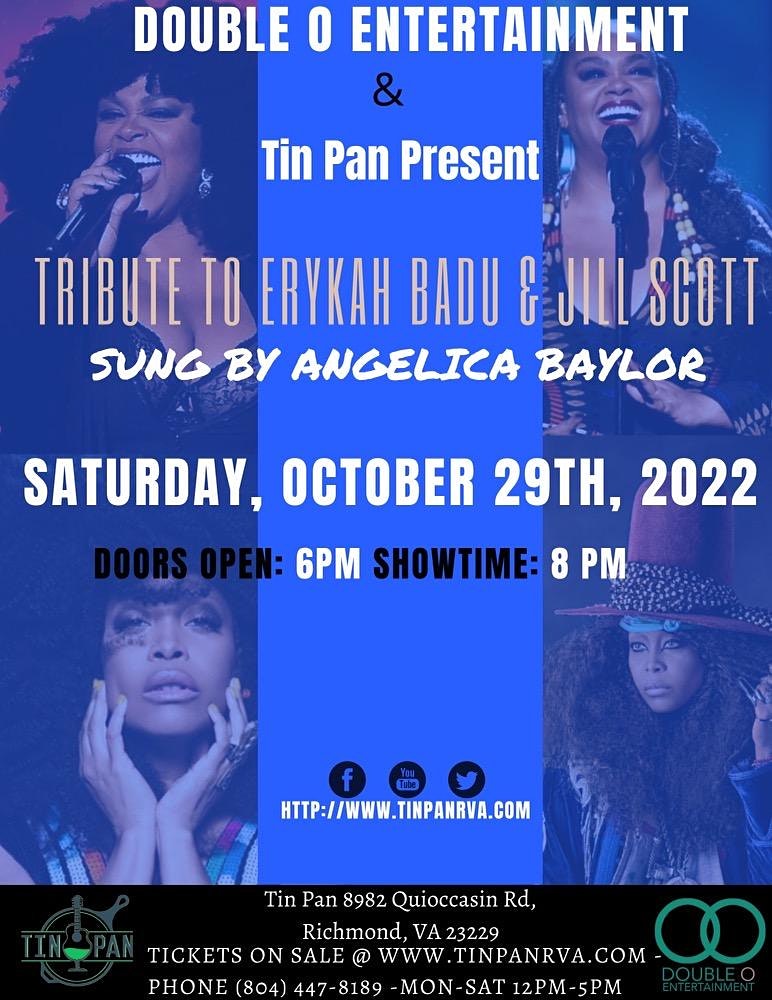 Singer. Songwriter. Arranger. Vocal Consultant. Multi-talented vocalist Angelica Baylor is no stranger to the stage, studio or the entertainment industry. Also often affectionately called, “Jelly”, this small-town Westmoreland County native still calls Virginia her home. Angelica is the embodiment of soul, faith, and favor. Her career as an international vocalist, has taken her all over the world; from London, England to the country of Uganda in East Africa.

Angelica, trendy, fashion forward, yet bubbly and down to earth, has always been ready to entertain an audience. As a child, Jelly dreamed of being a singer and performer. She picked up her first microphone at the age of 4, singing in church. During her senior year in high school, she was given an opportunity to focus on her solo career with a record deal by a local production company. Excited with her chances, she spent many hours in recording studios and gracing the stages of venues throughout the Richmond, VA and Washington D.C. regions. Although singing was her dream, she knew that education was still a priority. “It was very time consuming, and I knew that my education was important.” She went on to pursue an undergraduate degree in Psychology at James Madison University in 2007. While in attendance, Angelica found time to develop and arrange vocals for a female group of all-star singers, who performed at the most illustrious events on campus.

In the midst of this, Angelica was hired by national recording artist, Ginuwine in 2010. With a signature oriental-style fan in hand, Angelica set out to tour with the award-winning Ginuwine team. This propelled her to 3 continents, 7 countries and nearly all 50 of the United States! “Getting to travel the world, doing what I love to do, has been the biggest blessing ever!” says Angelica. While touring, she shared the stage with some of the industries finest talents such as The Isley Brothers, Faith Evans, 112, and the iconic family, The Jacksons. In 2014, she competed in the competition, “I Want To Be Signed” produced by Lil’ G of SILK and was awarded with prestigious honors.

After nearly a decade of continually singing with Ginuwine, in 2019 Angelica also joined a corporate band based out of Washington D.C. called Rhythm6. Rhythm6 has performed up and down the entire East Coast for A-List events, such as the Kennedy family’s wedding. Most recently, Angelica has been in the studio, creating original music and focusing on her solo brand. Since the start of this renewed musical journey, she has gained the attention of industry moguls such as R&B legend, Tony Terry.

Jelly likes to spend her free time being an instrumental part of vocal development and arrangement for her church choir and praise team. “This is one of my favorite contributions to the kingdom of God.” She loves enjoying life with her family; her mother Adraine, father Avery, step-father John, step-mother Valentina, her sisters Mahogany, Avanté, and Avrian, and beautiful grandmother Elsie Mae. Currently residing in Fredericksburg, VA, Angelica regularly attends her family’s church where her step-father and mother are founders and pastors. She honors them as her spiritual inspirations. When Angelica is not working hard in the studio or on stage, she’s relaxing and watching fun T.V. shows like The Golden Girls and Bob’s Burgers! Such is life for “Jelly,” as she often exemplifies her purpose, “SPREAD SUNSHINE TO THOSE IN NEED!”