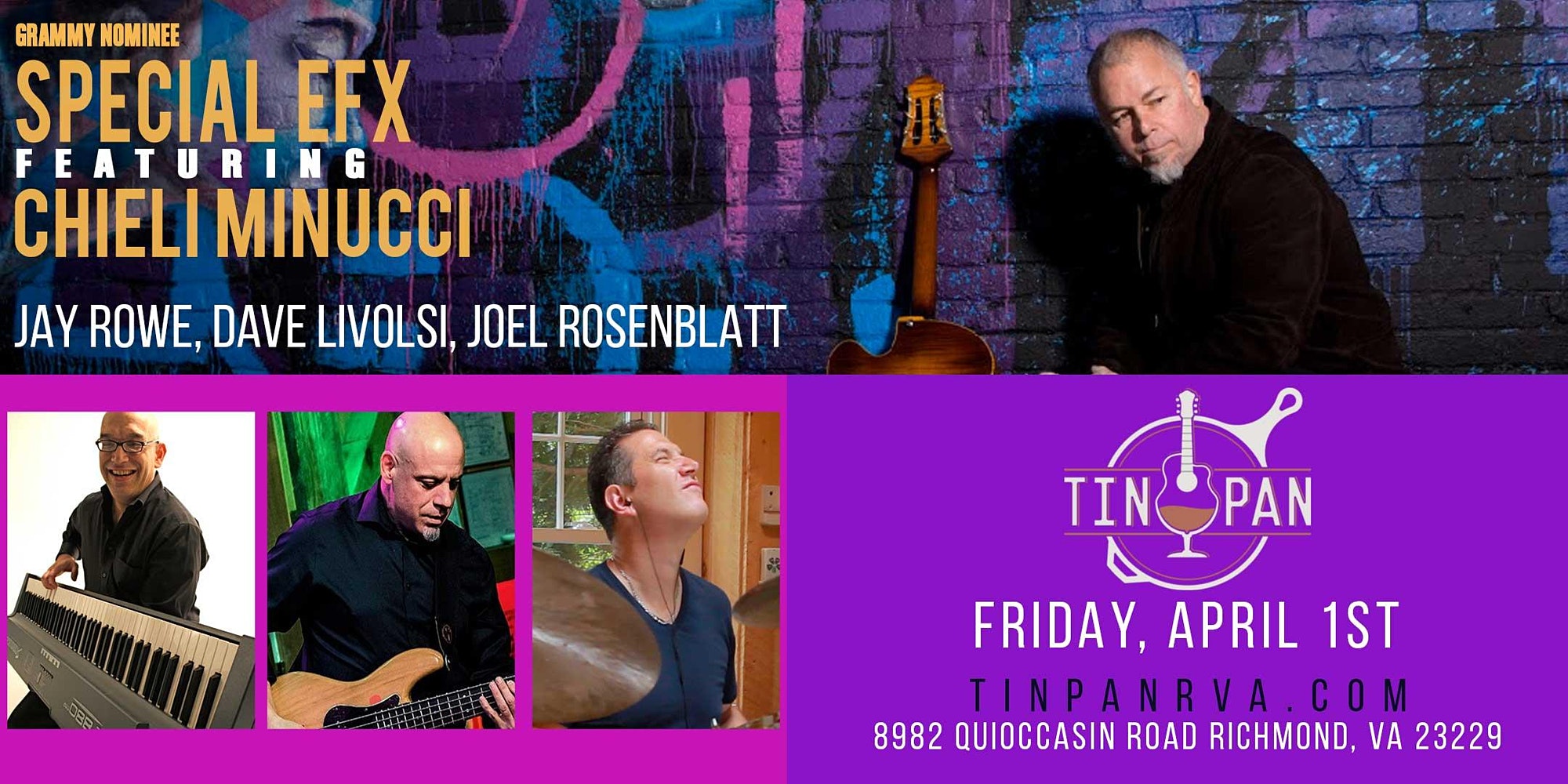 Besides writing and performing his own music, Chieli shares his guitar brilliance throughout the entertainment world. He has recorded and performed with many top artists, such as Celine Dion, Lou Reed, Lionel Richie, Jennifer Lopez, Jewel, Mark Anthony, Michael Bolton, Rupert Holmes, Eartha Kitt, Eddie Fisher, Anastasia, as well as jazz artists Kirk Whalum, Jeff Lorber, Norman Brown, Bernie Williams, Marion Meadows, Lao Tizer, Mindi Abair, Rick Braun, Gerald Veasley, Omar Hakim, and many others. Although renowned in the jazz and pop world, Chieli is also a gifted television and film composer. He has won 3 Emmy Awards and been nominated 10 times for his eclectic compositional work. His music can also be heard on the soundtracks of the films Bowfinger, Legally Blonde, Panic, and others. Chieli’s original scoring work can be heard in live stage productions of Peter Pan, Dora the Explorer, Thomas the Tank Engine, and others.

Keyboardist Jay Rowe attended New England Conservatory of Music where he became a part of the New Haven, Connecticut music scene – playing alongside such players as The Rippingtons, David Benoit, Bela Fleck, Stanley Jordan, and Jeff Lorber, and his good friend Marion Meadows. He’s been a regular touring member of Special EFX for over 25 years, having played on numerous releases over the years. Jay has 7 solo CDs out, including his latest, “Smooth Ride”.

Bassist David Livolsi attended Berklee College of Music in Boston, MA for two semesters. It was there in Boston where he began combining all of his influences of Rock, Jazz, R&B, Blues, Fusion, Funk, and Soul Music to create his “sound” on the bass. David has gone on to work with such notable artists such as, John Scofield, Bill Evans, Jazz Is Dead, T Lavitz, Jerry Goodman, Roberta Flack, Maysa, Najee, Chuck Loeb, Sam Rivers, Kung Fu, John Tropea, David Spinozza, Nelson Rangell, and many more.