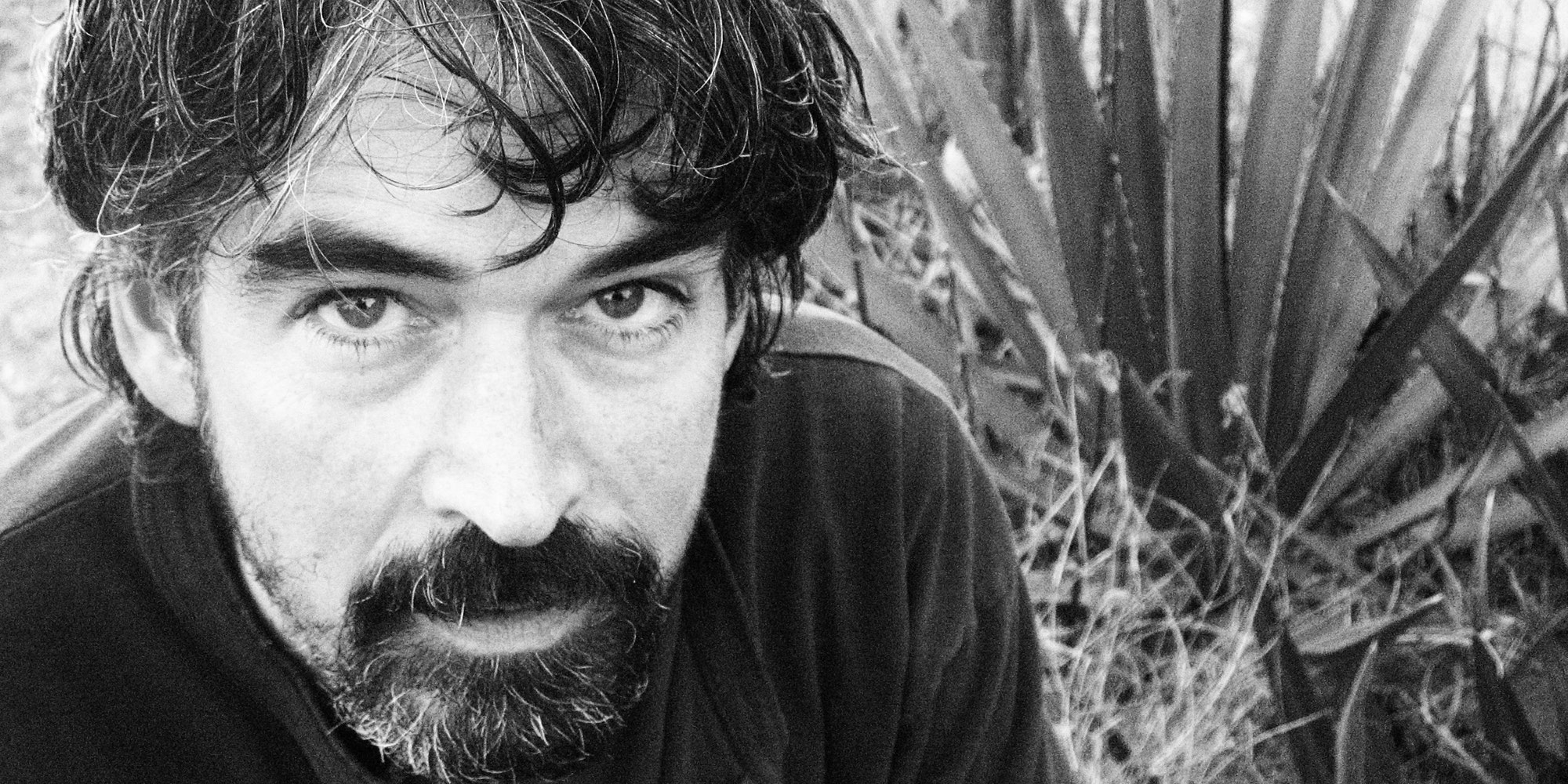 Slaid Cleaves appearing at The Tin Pan in Richmond, VA

Slaid Cleaves spins stories with a novelist’s eye and a poet’s heart. Twenty years into his career, the celebrated songwriter’s Still Fighting the War spotlights an artist in peak form. Cleaves’ seamless new collection delivers vivid snapshots as wildly cinematic as they are carefully chiseled. Dress William Faulkner with faded jeans and a worn six-string for a good idea. “Slaid’s a craftsman,” says Terri Hendrix, who sings harmony on “Texas Love Song.” “He goes about his songs like a woodworker.”

Accordingly, Cleaves’ earthy narratives stand oak strong. “Men go off to war for a hundred reasons/But they all come home with the same demons,” he sings on the album’s title track. “Some you can keep at bay for a while/Some will pin you to the floor/You’ve been home for a couple of years now, buddy/But you’re still fighting the war.” Few writers frame bruised souls as clearly. Fewer still deliver a punch with such striking immediacy.

“I started ‘Still Fighting the War’ four years ago and originally each verse was a separate character,” Cleaves explains. “Each verse was about getting swindled. One was about the economy, one was about a returning veteran, one was about a broken-up couple. It was too cumbersome, so I focused in on the soldier. The key that made it all work came as I was talking to my friend and occasional co-writer, Ron Coy. A troubled Vietnam vet buddy of his had recently passed away. Ron said, ‘All this time, it was like he was still fighting the war.’ I knew instantly that was the perfect way to summarize the song.”

Cleaves delivers equal measures of hope and resignation throughout this 2013 release as life lessons slide subtly through side doors. “Normally when I start writing a new batch, a theme starts to emerge after three or four songs,” says Cleaves, who built an unlikely success story from scratch after moving to Austin, Texas, from Maine two decades ago. “This time around I thought, I’m just gonna write where the muse takes me and each song will be its own thing. So I ended up with a CD that has a bit more variety on it compared to my previous releases. Half the songs are about struggle and perseverance and half are all over the place, some tongue-in-cheek stuff, a gospel song, a Texas pride song.”

Witness deft wordplay on the latter: “Your wit’s as sharp as a prickly pear/The sun shines in your golden hair/Your smile hits me right in the solar plexus,” Cleaves sings with a wink in “Texas Love Song.” “Skin as soft as early morning rain/Temper like a Gulf Coast hurricane/I love you even more than I love Texas.” “Originally, the phrase was ‘I love you almost as much as I love Texas,’” Cleaves says, “because that’s about as far as a true proud Texan will go. Then I realized that if I committed the sin of saying ‘I love you even more than I love Texas,’ it trips off the tongue better. It was a fun little challenge to come up with so many rhymes for ‘Texas.’”

Of course, Cleaves conquered the task. Longtime fans expect nothing less. After all, Still Fighting the War follows the razor sharp songwriter’s undeniable hat trick – Broke Down (2000), Wishbones (2004) and Everything You Love Will Be Taken Away (2009) – that established him as a singular storyteller. His golden key: effortlessly shading dark with light. Cue Cleaves’ excellent double-disc Sorrow & Smoke: Live at the Horseshoe Lounge for inarguable evidence (“Drinkin’ Days,” “Wishbones,” “Horseshoe Lounge”).

“You get a lot of the man behind the lyrics,” Hendrix says. “What you see with Slaid is what you get: He doesn’t have the eyes of a cynic. He has optimism about him through a realistic gaze and writes with a wise voice.” The Kerrville Folk Festival recognized those intangible qualities long ago when Cleaves won its hallowed New Folk award in 1992. He’s doubled down ever since with literate story songs exponentially more mature and meaningful.

Consider one other new high water mark. “But they figured it out/And shipped the elbow grease/Down to Mexico/And off to the Chinese,” Cleaves sings on the haunting meditation “Rust Belt Fields.” “And I learned a little something ’bout how things are/No one remembers your name just for working hard.” Childhood friend Rod Picott co-wrote those potent lines – the duo has split pages on several indelible blue-collar vignettes over the years (“Broke Down,” “Sinner’s Prayer,” “Bring It On,” “Black T-shirt”).

“Slaid is my favorite co-writer,” says Picott, who also co-wrote the new album’s standout “Welding Burns.” “He’s a smart writer with a gift for wringing the most out of a melody. Slaid understands that the song has to rule. He’s patient and unwavering in his pursuit of the best.” Cleaves humbly accepts the praise. “Despite the odds, through persistence and good fortune I’ve carved out a niche for myself,” he says. “You could say I have a ‘Whim of Iron.’”