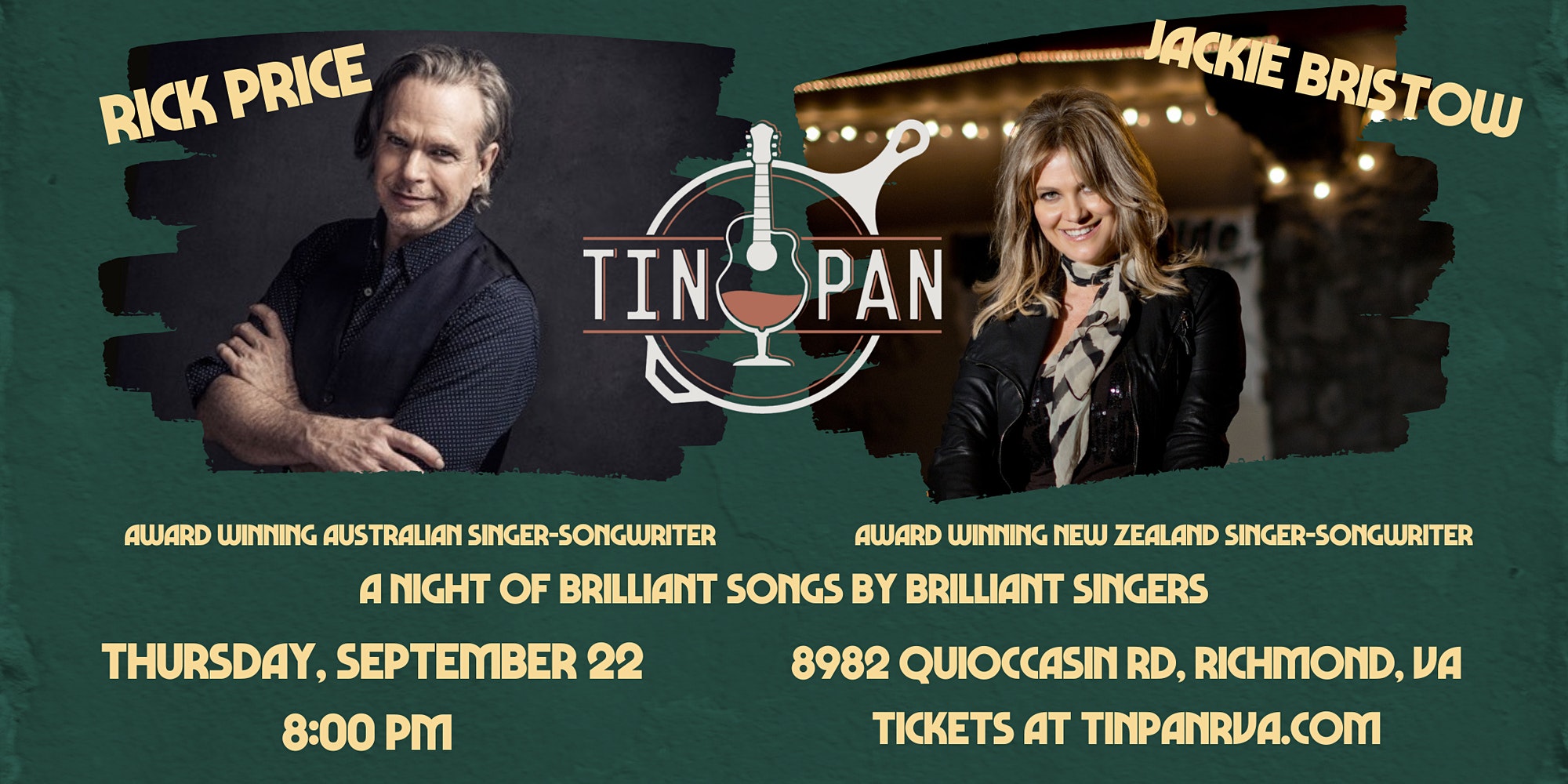 Rick Price is an Australian singer, songwriter, multi-instrumentalist and record producer. His debut album, Heaven Knows, was released in July 1992, and peaked at No. 3 on the ARIA Albums Chart. It provided two top ten singles, “Not a Day Goes By” and the title track.

At the APRA Music Awards of 1992 “Heaven Knows” won Song of the Year for Price and his co-writer, Heather Field.

His second album in 1995 Tamborine Mountain contained the single “River of Love”, which peaked at No. 18. Since 2009 he has been a resident of Nashville, Tennessee.

Price has worked with numerous artists as a vocalist, songwriter and record producer, including Tina Arena, Tommy Emmanuel, Mitch Grainger, Regine Velasquez-Alcasid and numerous others and recorded a duet album California Dreaming with Jack Jones. As a music producer, he has worked for Girlfriend and Dami Im.

In June 2021, Price announced the release of his Soulville, featuring songs from the 1960s. The one original track “Farewell But Not Goodbye”, a tribute to Aretha Franklin was released on 18 June 2021 as the album’s lead single, and is the only original track on the album.

The lure of the road has always been a defining motivation for singer-songwriter Jackie Bristow.

She took her first musical steps in Gore, in the South Island of New Zealand, honed her craft in the pubs and clubs of Sydney, Australia, and found her voice in the United States, where she has continued to enhance her reputation as a soulful, seductive independent recording artist and dynamic live performer.

Like Joni Mitchell, Shawn Colvin and Bonnie Raitt, Jackie has created a body of work that will endure, finely shaded songs that are at once personal and universal, recording with her long-time musical partner, Australian-born guitarist and producer Mark Punch.

American Songwriter has hailed Jackie as “crafting some of the most beautiful, compelling Americana today”.

While building on the strengths of her previous albums, Outsider finds Bristow drawing inspiration from the music of the American South — particularly the myriad sounds of her adopted home, Nashville.

“Nashville feels like a melting pot in a hub of creativity,” says Jackie. “Being exposed to such great American music has really inspired me.”

Jackie put the finishing touches to Outsider while staying in New Zealand after its first Covid-19 lockdown in 2020. While in her homeland she has been “making the best of the crazy world” by focusing her creative energy in new directions.

A planned New Zealand Back to the Roots tour in 2021 fell by the wayside because of Covid restrictions, so Jackie used the time to develop a new youth songwriting programme called SongCatcher. The first programme yielded a single in November 2021, It’s Christmas, written and recorded by Jackie B and the Mini Band, a group of youngsters from the Queenstown area.

“Life changes,” Jackie says. “When one door closes another opens. You can’t sit and dwell on the setbacks. You’ve got to believe in yourself and keep moving forward.”

This unwavering positivity and global outlook have served her well in an industry where there are more hard knocks than greatest hits, enabling her to form lasting relationships with a wide range of influential personalities.

And, always, the road calls.