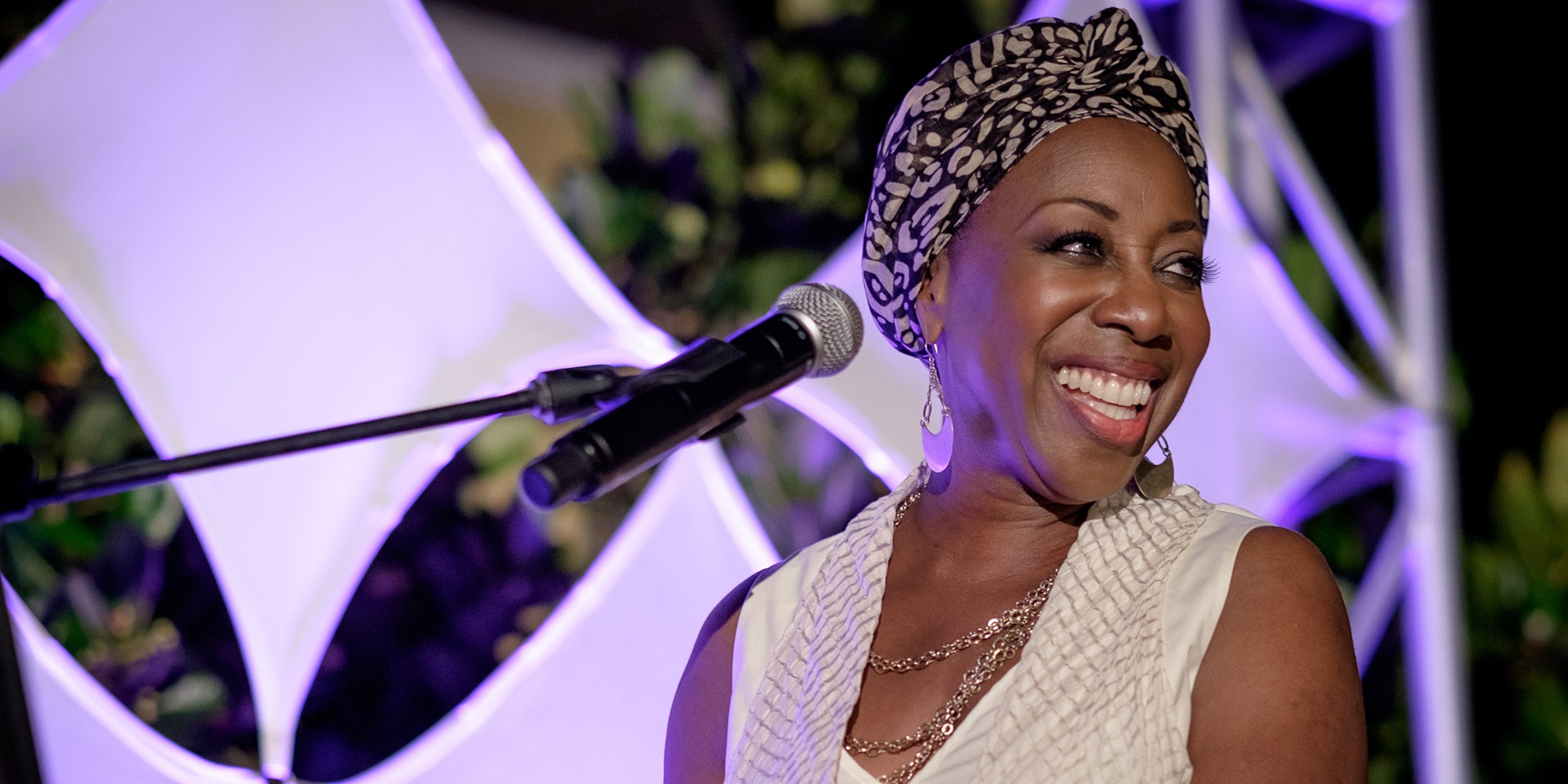 Oleta Adams appearing at The Tin Pan in Richmond, VA

Since the runaway success of her 1990 debut album Circle of One (which went Platinum), and the impassioned hit single “Get Here” (which became an unofficial anthem of the 1991 Gulf War) Oleta Adams has inspired a growing legion of fans around the world with journeys of the heart via songs that draw deeply from her roots in gospel, while crossing effortlessly into the realms of soul, R&B, urban, and popular music. Her success was first nurtured by worldwide tours with Tears for Fears, Phil Collins, Michael Bolton and Luther Vandross and was solidified by four Grammy nominations and more than two and a half million records sold.

A long-time resident of Kansas City, Kansas, where she has found sanctuary from the turmoil of the entertainment industry, Oleta Adams also remains anchored by her upbringing in the Pacific Northwest where she spent her formative years in Seattle and Yakima, Washington. This is also where she first demonstrated her budding vocal gifts in the church where her father was minister. After high school, Oleta eventually landed in Kansas City where she became a local institution with a regular gig at the Hyatt Regency where many national and international touring artists came to hear Oleta sing.

In 1989, serendipity came in the form of the British band Tears for Fears, whose front men Roland Orzabal and Curt Smith asked her to appear on the “The Seeds of Love’ album, video and European tour. Proving that good things come to those who wait, upon her return to the U.S. Oleta signed a record deal for her first solo album in which Roland Orzabel produced.

Through the years she has recorded duets with the likes of Al Jarreau, David Sanborn, Toots Thielmans, Shirley Ceasar and of course the infamous songs she recorded with Tears for Fears. Oleta’s music is featured in Hollywood movies Corrina, Corrina, Sleeping with the Enemy, Jason’s Lyric, and her vocals were instrumental in setting the tone in How Stella Got Her Groove Back. Oleta’s stunning vocals can be heard singing “Feeling Good” in the 2008 Buick Enclave commercial.

In 2017 Oleta was featured in “I’m Yours” with José James was released on Blue Note Record and in 2018 she is featured on Dave Garfield’s Grammy nominated album Jammin’- Outside the Box on the song The Highways of My Life with Phil Perry.

Celebrating 45 years in the music industry and having released nine albums, including secular, gospel and Christmas Oleta’s musical odyssey continues with her latest album THIRD SET (2017), comprising of songs that she and her band had worked out on the road over the last couple years. It is filled with stunning arrangements of all-time favorite songs that the velvety-voiced songstress was able to self-produce and self-released. “At this point in my life it’s kind of cool that I don’t have to ask anybody’s permission anymore about what I was to sing.” Oleta exclaims.

On April 12, 2020 (Easter) Oleta released from the vault, “Place of Peace” a song that she wrote and recorded many years ago but it was never released. The song is an offering meant to soothe during a time where the world is experiencing hardships due to COVID 19. Oleta states “We are living in very strange times and none of us has ever experienced this before … just trying to make peace with this whole situation and I thought of this song.”

In 2019 Oleta was inducted into the American Jazz Walk of Fame at the American Jazz Museum in Kansas City, MO. Her medallion is ensconced in the sidewalk of the historic area, 18th & Vine. In 2017 Oleta was the honoree of the Legends Award at the televised Black Music Honors, acknowledging her influence and significant music contributions to African American culture and American music worldwide. Oleta tours the world, including concerts from coast to coast in the United States and the rescheduled (due to COVID 19) tour of The Netherlands in Spring of 2021.