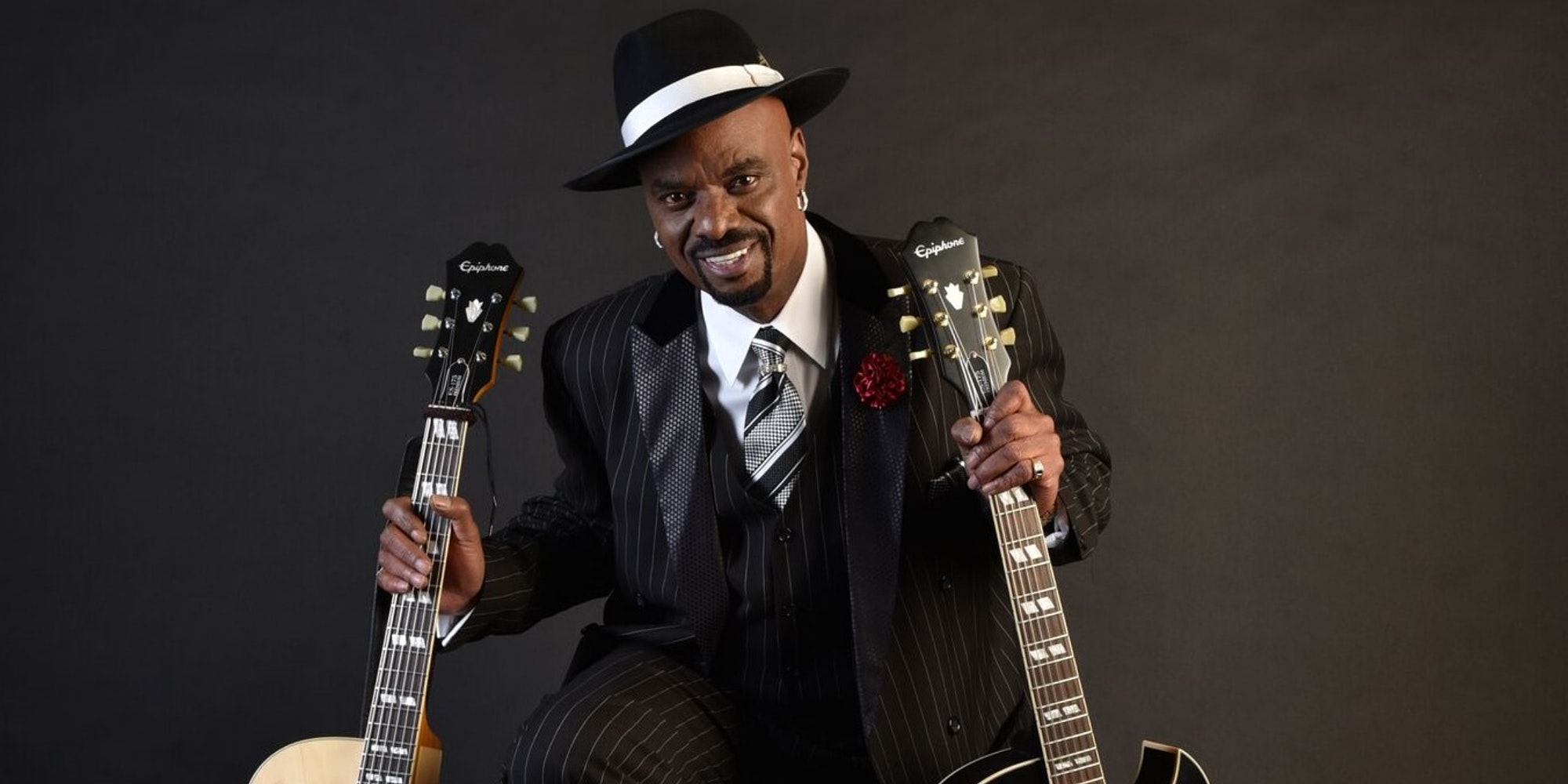 Nick Colionne appearing at The Tin Pan in Richmond, VA
All of us at the Tin Pan were devastated to hear the news of Nick Colionne’s passing on New Year’s Day. He was widely respected and honored throughout the music community and we were very much looking forward to having him grace the Tin Pan stage. Our condolences go out to his family and friends.

Continuing to capture his creative mindset, vision, and the ever-evolving artistry of his music with inspiring, thought provoking album titles, Nick Colionne calls his latest album Finger Painting for the simple reason that he’s always visualized his Epiphone ES 175 premium guitar as a musical paintbrush painting all the colorful notes he plays. The wild array of colors on the album cover perfectly reflects the cool multitude of moods, energies and flow that Nick creates over the course of the eleven tracks with longtime collaborators and producers Chris “Big Dog” Davis, James Lloyd (from Pieces of a Dream) and John Blasucci.

Kicking off his rise to urban jazz superstardom with his breakthrough album Just Come On In (2003) he has since mastered the art of Keepin’ It Cool (2006), transcended musical boundaries to explore realms where there are No Limits (2008), fired up his thousands of worldwide fans with Feel the Heat (2011), dug deep into his musical soul to share some of his deepest jazz and R&B Influences (2014) and made history with his 2016 collection The Journey by becoming the only artist in the history of the format to score five consecutive #1 singles on the Billboard Smooth Jazz National Airplay and Smooth Jazz Songs charts from a single album. Nick followed up in 2018 with Just Being Me.

Nick has received numerous honors throughout his multi-faceted career, including the Wayman Tisdale Humanitarian Award at the 2010 National Smooth Jazz Awards for his ongoing commitment to mentoring children and his work in the community and nationally in support of breast cancer causes. The recipient of the 1996 Malcolm X College Alumnus of the Year Award (he earned his degree there in music), Colionne has devoted much of his spare time over the past 20 years to mentoring children at St. Laurence K-8 School in Elgin, Illinois.