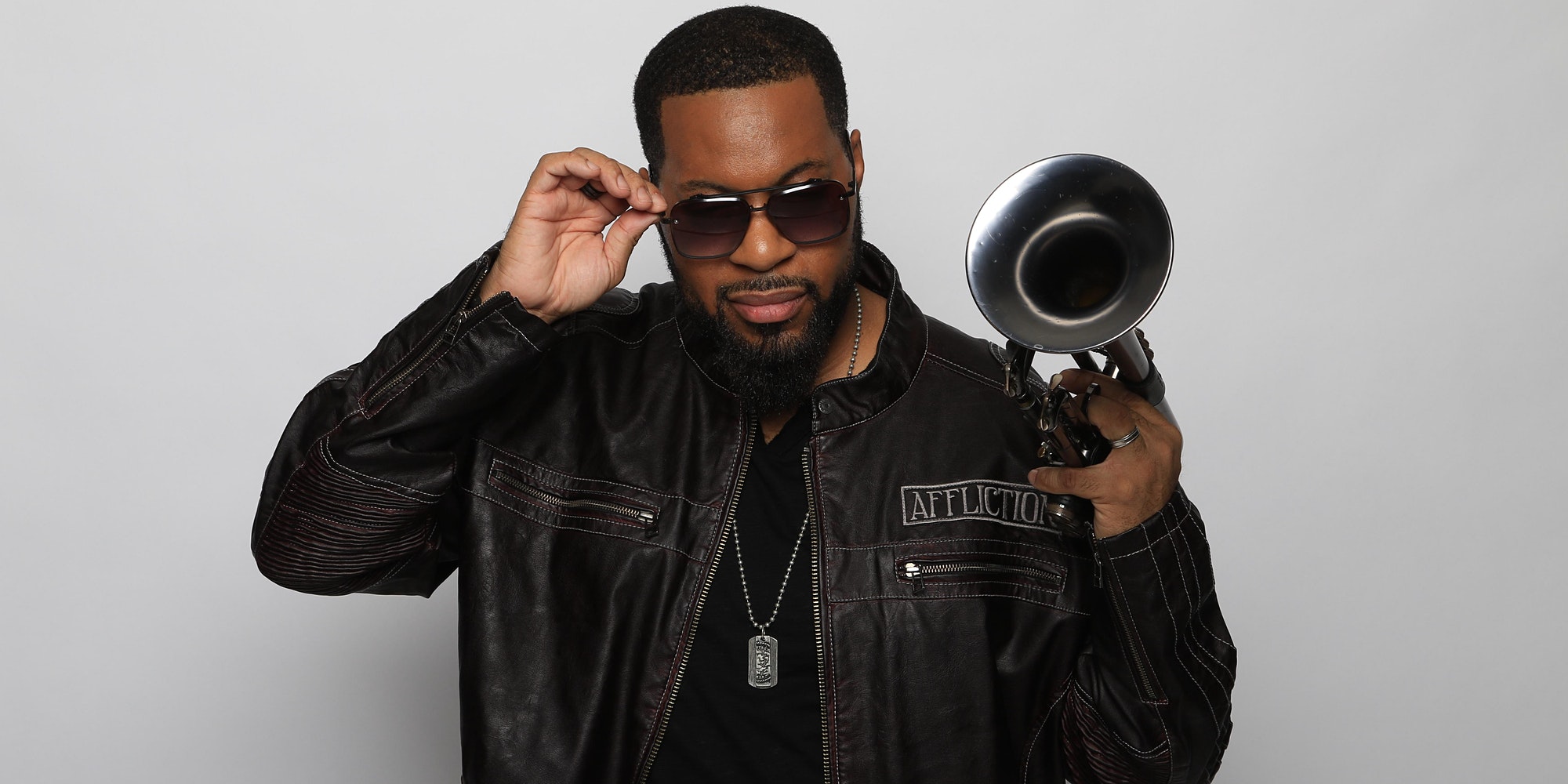 Lin Rountree appearing at The Tin Pan in Richmond, VA

Lin Rountree aka The Soul-Trumpeter, is an accomplished recording artist, producer and live performer. With Seven solo projects, 17 Chart Topping Billboard singles (Including THREE Billboard #1 Hits) and numerous collaborations with some of the industry’s top R&B/Contemporary Jazz artists to his credit he is fast becoming one of the most renowned artists of his generation.

Lin began playing the trumpet in Alexandria VA., when he was just 11 yrs. old and frequently attended music development programs at The Duke Ellington School for performing arts in Washington DC. Upon his graduation from High School Lin was recruited into the Music program at Florida A&M University where he performed with the famed Marching 100’ under the direction of William P. Foster and Dr. Julian White. Shortly thereafter Lin entered into the lifelong Brotherhood of the OMEGA PSI PHI Fraternity Inc.. (Lin credits his abilities to practice, prepare and perform to the training that he received at FAMU) Likewise the school is also where he started to develop a deep appreciation for Jazz music and began studying some of its masters and cites trumpeters: Miles Davis, Freddie Hubbard, Lee Morgan, and Tom Browne as huge influences on both his playing and writing styles. After receiving his Bachelors of Science degree in Business Administration from FAMU he found his home in Detroit, Michigan where he formed a band and performed extensively throughout the region. 2004 saw the release of Lin’s debut CD, GROOVETREE on independent label BDK Records, which was met with international acclaim. After releasing one more CD under BDK: SUMTHIN’ GOOD and another SOUL-TREE, The Soul-Jazz Experience (self released) also to rave reviews, he was sought after and signed to major label, Trippin’ N Rhythm Records, where he subsequently wrote and co-produced four more projects: SERENDIPITOUS, SOULFUNKY, STRONGER STILL and his current CD, FLUID featuring two #1 Billboard Hit Singles “Fluid” and “Release.”

“His hip vibe and soulful sound find a perfect fit here and is sure to assist in bringing the cool factor back to this genre….the future looks bright for contemporary jazz as we continue to attract fresh young artists of this caliber and Lin’s star will surely help light the way.” – TRIPPIN N RHYTHM RECORDS

All in all Soul-Jazz Trumpeter Lin Rountree and his music represent a new direction in instrumental soul. A polished songwriter, producer and recording artist, an outstanding live performer, a consummate professional, and a thankful musician, Rountree is a leader amongst a new generation of Soul- Jazz artists. For More information visit www.linrountreemusic.com.