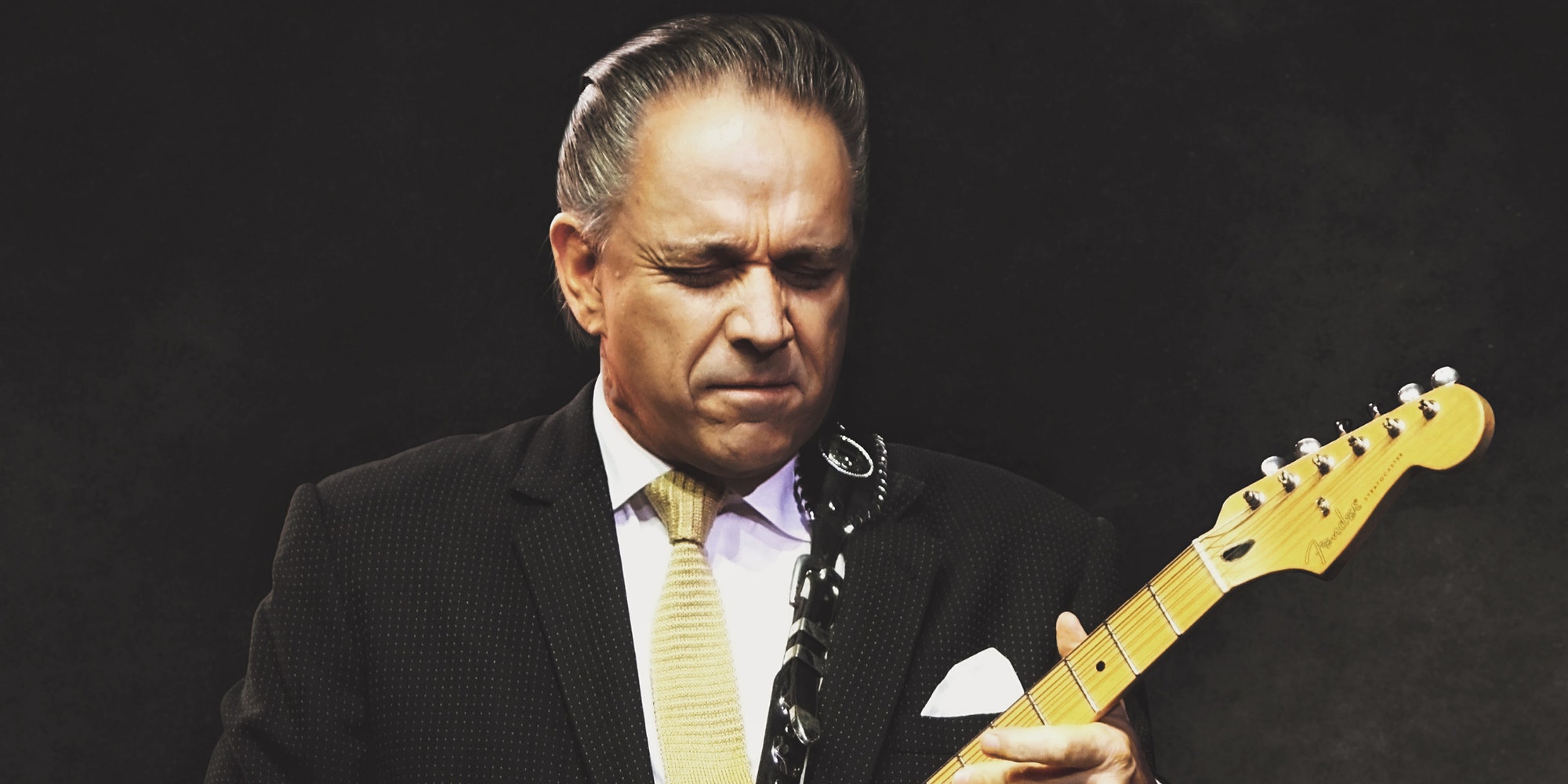 Jimmie Vaughan appearing at The Tin Pan in Richmond, VA

In true Texas fashion, four-time Grammy-winner Jimmie Vaughan has helped breathe new life into the music that has been his lifeline all these decades, becoming a hero to those who cherish America’s real gift to musical history.

“When I talk about country and blues, they’re the same thing,” Jimmie Vaughan says. “Muddy Waters and Hank Williams, Webb Pierce and Jimmy Reed. When I was a kid, I didn’t understand the difference. Everybody was always asking me, ‘Why do you want to play blues? Why don’t you play country?’ But I would listen to the country guys and they would be doing a Jimmy Reed song. They’re playing the same lick. And Ray Charles, Little Milton, Guitar Junior, Lonnie Brooks, B.B. King–they all did country songs. Is Bob Wills country blues or jazz? And the answer is, it’s American music. I’m tired of trying to pigeonhole everything. I want to bring it together; it comes from the same place.”

As a young teenager in Oak Cliff, Texas, his father told him to take guitar lessons if he wanted to really learn the instrument. But when Vaughan’s teacher told the guitar student it wasn’t going to work because the student “was too far gone” to learn from the lesson books, Jimmie Vaughan knew he was on his own. Which was perfect for him, because the blues would be his teacher for life. For those who find themselves living inside this true American music, it becomes a way of life, and a musical force to follow forever.

Jimmie Vaughan became possessed by his instrument while listening to the blues on the Black radio station in Dallas, and it has been that way ever since. When something this strong takes over, there is no way out—the pursuit just keeps going deeper.

Jimmie Vaughan has been playing the blues he hears in his head and feels in his heart for over a half-century.

When he first heard songs like Phil Upchurch’s “You Can’t Sit Down,” The Nightcaps’ “Wine, Wine, Wine” and B.B. King’s many hit songs in the early 1960s, he knew he had found his music. And ever since then, it’s been a constant quest to play the blues, whether it was in early 1970s Austin bands like Storm and then the Fabulous Thunderbirds, or later with brother Stevie Ray Vaughan on their FAMILY STYLE album, and on his own releases throughout the 1990s and in 2001.

Then the solo albums stopped, until in 2010, Vaughan had an idea to start recording The Great American Blues Songbook. He assembled the kind of band most musicians can only dream about, and began recording his dream set list at Top Hat and Wire Studios in Austin. Never one to back down from a great idea, in 2011 Vaughan and band went back into the same studio and recorded a second collection of some of his favorite songs, zeroing in on that music’s ability to light a fuse wherever it was heard.

Last fall, to help celebrate the 10-year anniversary of the first of the BLUES, BALLADS AND FAVOURITES albums, THE PLEASURE’S ALL MINE compiled both albums as a collection,  and was released alongside a Vinyl reissue of 2016’s JIMMIE VAUGHAN TRIO featuring Mike Flanigin LIVE AT C-BOY’S release, which featured songs recorded at the venerable Austin nightspot that Vaughan and crew call home when they are in town.

In 2019, his newest release, BABY, PLEASE COME HOME brought him back into the spotlight with yet another Grammy nomination, and a Blues Foundation Award for Best Male Artist.

This year, he celebrates his life in the blues and on the road with THE JIMMIE VAUGHAN STORY, a special limited-edition box set and book including over 200 photos covering his life and the breadth of his remarkable career. And yet, Vaughan still feels like he is just getting started, devoted to making sure he is able to give back to the music that has given him so much. The blues is in Jimmie Vaughan’s blood, has been there since the start, and will stay there forever.