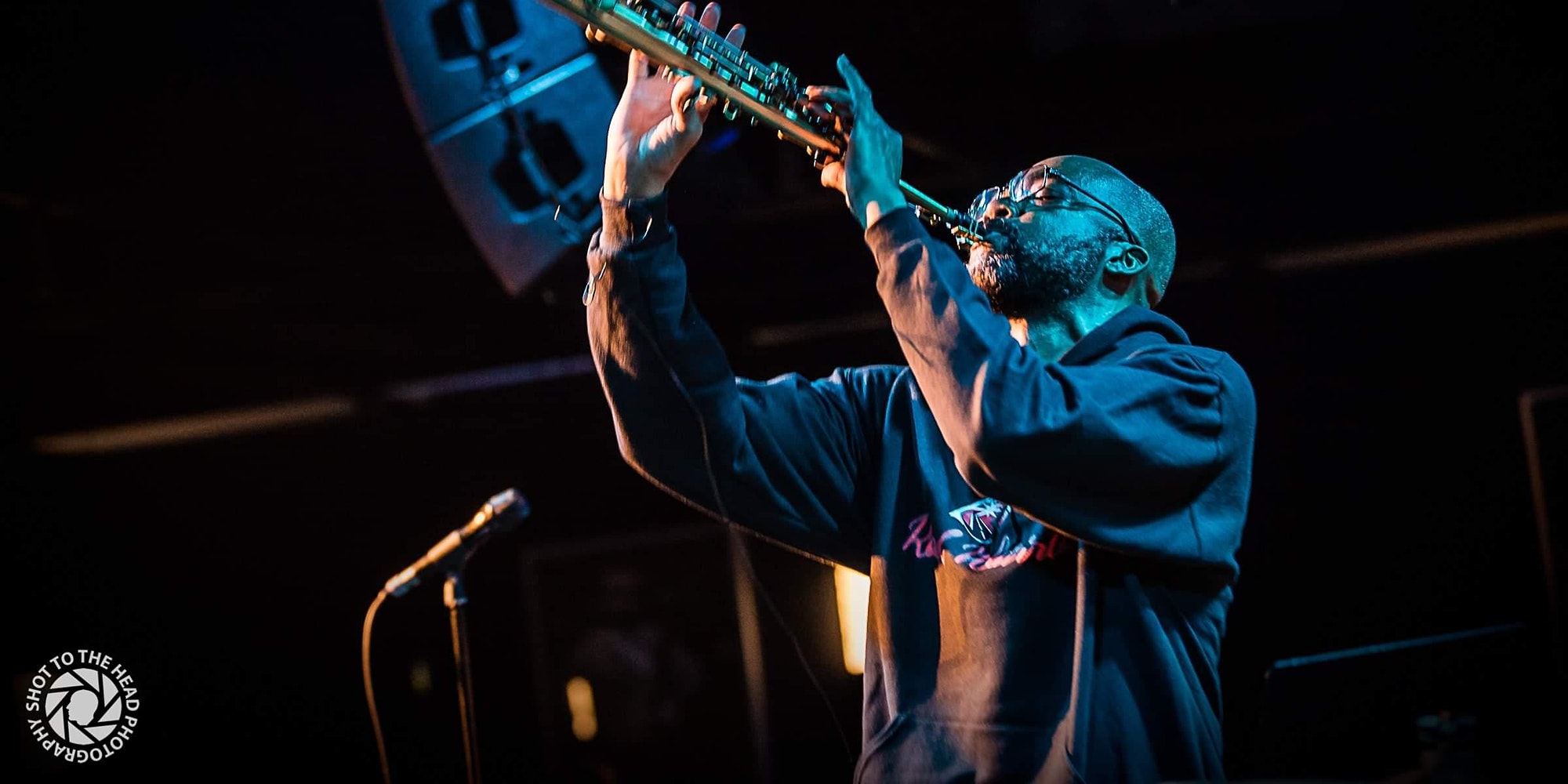 Dee Lucas appearing at The Tin Pan in Richmond, VA

His new 2020 release “The Time Is Now” marks his best work to date.As as runner-up in the 2007 Capital Jazz Festival Competition, Dee Lucas has opened for a plethora of artists such as Boney James, Norman Brown, Ronnie Laws, Nnenna Freelon, Hugh Masekela, Gregg Karukas, Peter White, Nick Colionne, Peabo Bryson, Miki Howard, The Manhattans, and Michael Franks just to name a few. He has performed at several jazz festivals such as The Arizona Jazz Festival, The Jacksonville Jazz Festival, The Savannah Jazz Festival, and The Atlanta Jazz Festival. In 1997, Lucas got his start as a musician playing as a sideman in a local band, Between 9&7. The band recorded a CD, which was a moderate regional hit. Although he got performances, both rhythm and solos, Lucas felt it was time to develop his own by ensemble to demand more challenges within himself as both a musician and entrepreneur. So, on New Year’s Eve of 1999, Lucas formed his own contemporary jazz trio, Xpressions. They produced and recorded a CD titled Footprints, which gained notoriety in regional markets. The record contained the classic hit People Make the World Go Round.

In 2004, Dee Lucas’s entrepreneur skills had surfaced, and his newly-formed record label, Mo Better Recordings, was conceived. His debut solo CD, Remembrance, was released and independently distributed in 2005. Adding consistency to his young but surprising start, Dee released his sophomore CD, Something to Ride 2, in 2007, which peaked at #10 on the Smoothjazz.com’s Top 50 Indie Charts. With this record, the saxman wanted to further develop his own distinctive sound as a solo artist.

His style, from a horn perspective, is different from that of many traditional smooth jazz artists in terms of melodic phrasing. Lucas mentioned, “I like taking off on an uncharted path in music and Something to Ride 2 is a representation of the journey that I take each time I pick up the sax.”

In 2010, Dee Lucas released Standing Room Only which was composed and produced by several talented producers including Grammy winner Phil Davis. The CD peaked at #26 on the Smoothjazz.com’s Top 50 Indie Charts and #29 on the Billboard jazz charts. In 2012, Rebirth of the Smooth was released as a compilation of Dee’s first 3 solo recordings to celebrate what he has accomplished in his steadily rising career, as well as his direction in contemporary jazz. It offers a wide array of styles coming from various producers pushing the envelope in this already competitive genre of jazz.

In 2014 with The Smooth Factor, Lucas continued to season his contemporary jazz with R&B, and featured the work of such producing heavyweights as LA-based Lew Laing, Jr., and Atlanta-based and Grammy-Award winning Phil Davis.

In 2017, Dee Lucas continues to evolve with fresh ideas and an ‘out-of-the-box’ business approach. He is currently merging his previous music catalog with his new parent company Dee Lucas Enterprises which is home of his brand new record label ODL Music. The new label released The EP Collection….Volume 1: The Sweet Spot, which is produced by legendary pianist Bob Baldwin. As a result, the radio single ‘Road Warrior’ made Billboard’s Top 100 Smooth Jazz charts for over 8 weeks.

Dee’s latest offering is “The Time Is Now” marks his 9th worldwide release and 8th studio recording to date. It features some of the best producers in the business: Adam Hawley, David P. Stevens, and Lew Laing, Jr.,