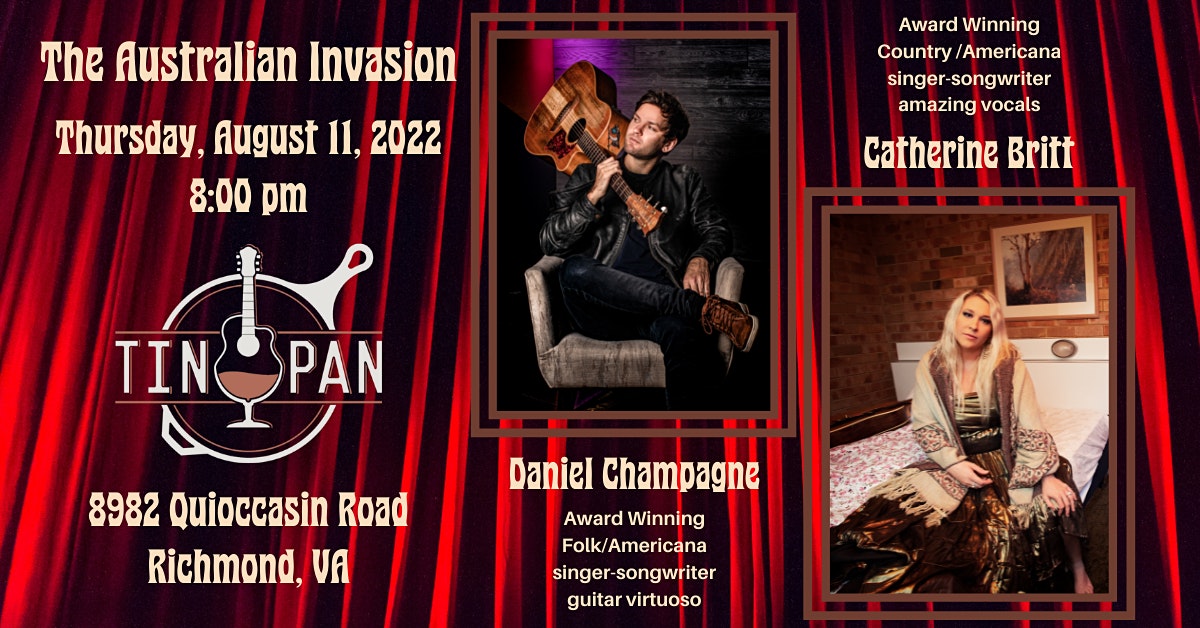 Daniel Champagne and Catherine Britt appearing at The Tin Pan in Richmond, VA 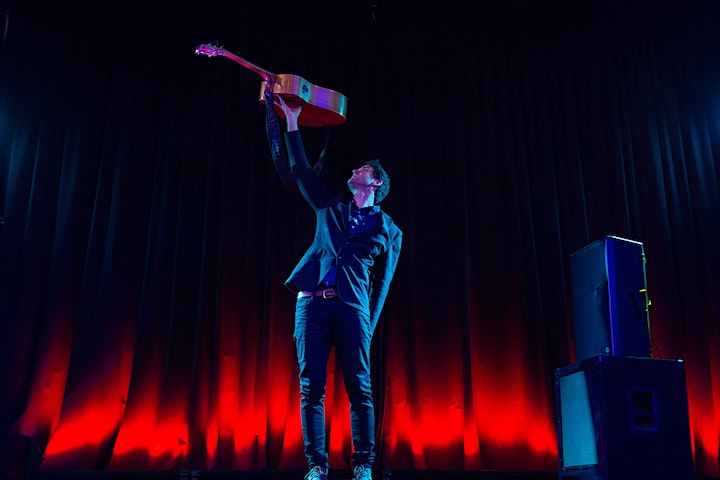 The Australian singer, songwriter and one-of-a-kind guitar virtuoso will bring his tour back to America for the first time in over two years! One reviewer recently wrote “Daniel Champagne exudes a natural ease on stage, as he sings poignant lyrics and beautifully crafted melodies that invariably whisk the heart up with grand romanticism. Coupled with an exhilarating guitar talent that transcends mere acoustic playing to replicate a whole band, Champagne must be seen to be believed’

The story goes that the young artist first picked up his instrument of choice as a 5-year-old following in the footsteps of a musical father. He began writing songs at 12, training classically throughout his teens and performing wherever he could, honing his craft and developing the dynamic live show that he is renowned for today. At 18 he left school, turned professional and hit the road without looking back.

The following decade saw him release 5 studio albums, tour relentlessly around the globe with upwards of 300 shows per year, play some of the biggest festivals under the sun and share stages with the likes of Tommy Emmanuel, INXS, John Butler, Lucinda Williams, Ani DiFranco, Judy Collins and Rodrigo y Gabriela.

In early 2020 as the COVID pandemic ground all touring to a halt, Daniel returned to Australia writing music and further honing his craft and will return to international audiences with a swag of new songs and a complete new live show. For fans of guitar, songs or just artistic expression at its finest this show is a must see! 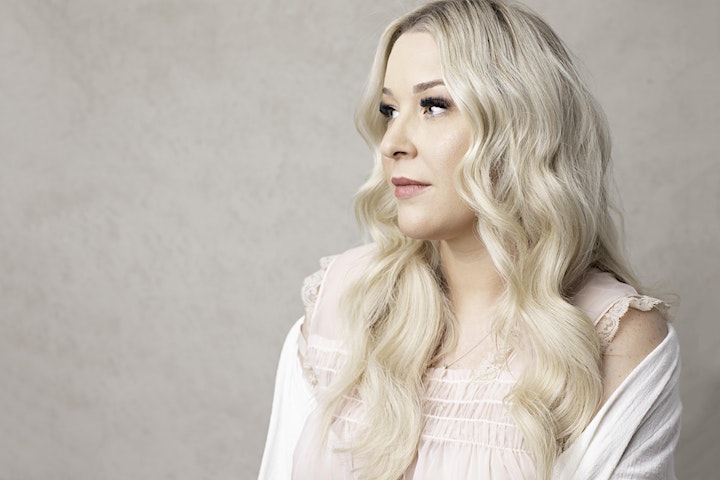 It’s the singer and the song that makes for truly distinctive and enduring artists. Lots of great songs and some mighty fine singing. Catherine Britt has a voice that instantly gets your attention … but unlike others, it is the craftsmanship of this singer/songwriter who unashamedly boasts a worthy story to tell that truly keeps her audience enthralled.

And after 20 years of being a major label artist this album is also a new beginning. This is Catherine’s first release as a completely independent Australia artist. It’s a decision based on Catherine wanting complete control of her career – and having ownership of her own recording masters and copyrights. That’s something that – now as a parent of two young children – she believes is important – and something to pass on to them.

This independence was possibly largely due to the loyalty and passion of Catherine’s fans who have been with her on this ongoing journey of music and song. A crowd funding campaign more than exceeded expectations and was a massive statement of the belief Catherine’s fans have in her, her songs and music.

Home Truths is significant also in that it was produced by Catherine – and performed by her all dancing, all singing, super talented, and beyond versatile Australian band of smoulderingly good players. It was mixed by Ted Howard and mastered in the USA by Jim DeMain. Also, very importantly all the songs on Home Truths were written or co-written by Catherine. That’s the way it is with home truths – they need to come directly from the heart of the person doing the telling.

She has lived a life in the world of entertainment most will never experience or dream of. The archetypal Aussie girl from the coal works of Newcastle uprooted herself at 17 years old and moved for six years to Nashville TN (USA) where she gained a deep knowledge of country/roots/folk history as well as touring extensively and releasing top 40 Billboard hits.

How did this happen you may well ask? Not every 17-year-old moves from Newcastle to Nashville to pursue their musical dreams. Well, the story is that a certain Elton John (yes, THAT Elton John – not to be mistaken for …) heard Catherine during one of his Australian tours in the early 2000s. So impressed with Catherine was Elton that he took her albums back to America with him and helped get a deal with RCA Records.

Catherine’s recording career commenced in 1999 when, at the age of 14, she released her first EP followed in 2001 by her debut album release. Since then, she has released six more studio albums as well as a Best Of album.

To this day Catherine remains the youngest Australian to ever perform at the Grand Ole Opry at the age of 17.

Not only is Catherine an accomplished singer/songwriter, but she has also proved herself as a formidable interviewer and comfortable host during the time she was host of Australia’s national radio broadcast ABC Saturday Night Country where she showcased her own flavour on the popular program each week. She also shown on television as the host of CMC’s ‘Alt Country’ program and as the Managing Editor & Owner of Australia’s ONLY Roots Music Magazine – Rhythms and founder and festival director of the prestigious Silverton Sunsets Music Festival.

Whilst her credentials to date are enough for most, Catherine’s drive to better herself and continue to improve, as an artist is what has led her to continue as one of Australia’s most successful singer/songwriters and businesswomen.

Catherine is also a survivor of another kind – she is now five years cancer free, celebrating her remission with 2015’s Boneshaker album. Another home truth is that Catherine is strong, resilient, and determined.

And at the end it all comes down to the singer and the songs. Catherine Britt is at a creative career peak on a musical journey that has seen her constantly evolving, developing, and honing her craft. And you know what – she’s pretty darn good at it and getting better with every release. That’s a home truth you’d better take on board – simply ‘cause it’s true.