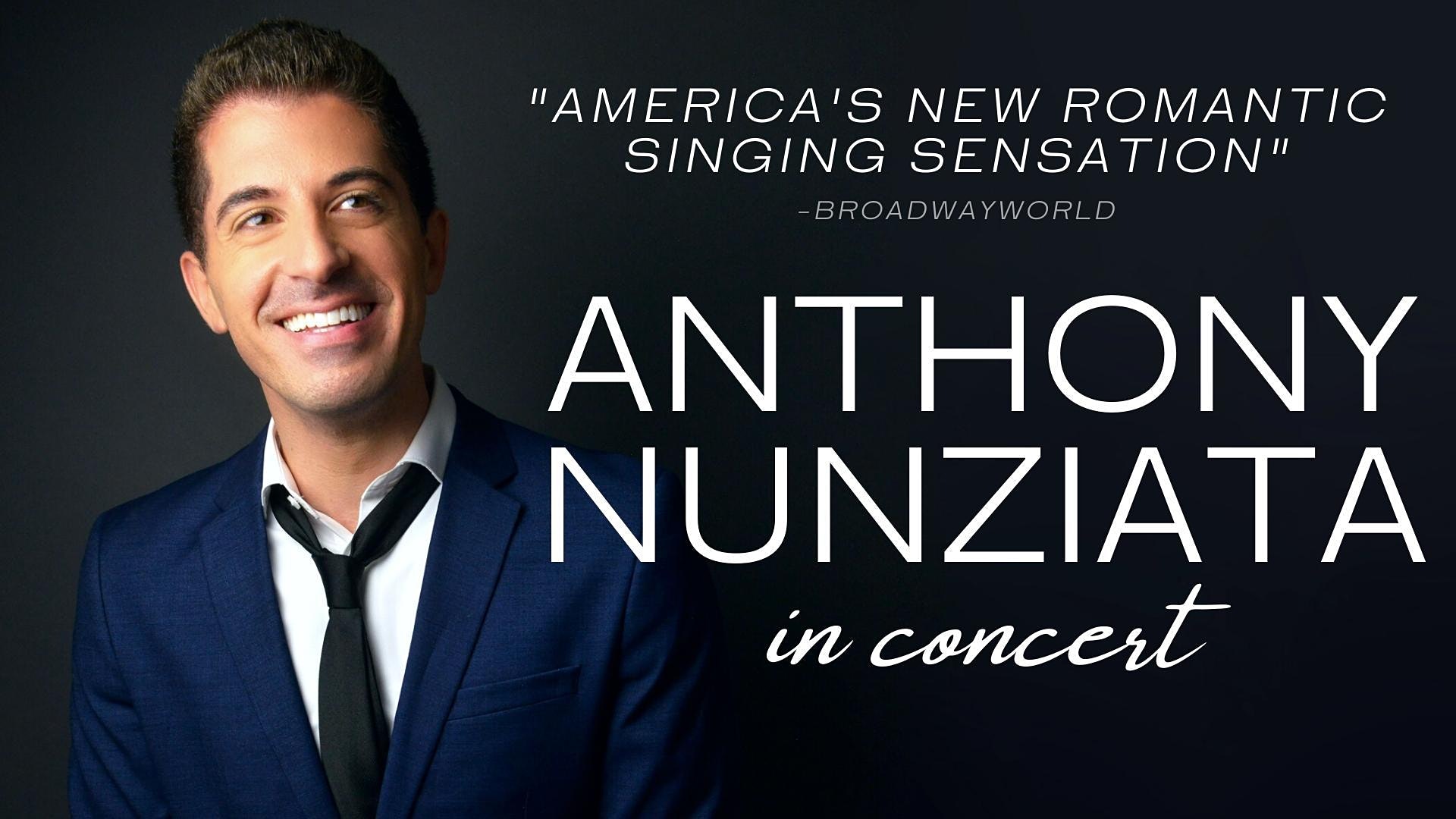 Anthony Nunziata appearing at The Tin Pan in Richmond, VA

Dubbed ”America’s new romantic singing sensation,” critically-acclaimed singer, songwriter and entertainer Anthony Nunziata is touring a series of intimate concerts with his signature take on classic love songs including “O Sole Mio,” “The Prayer,” “When I Fall in Love,” “Somewhere,” “Unchained Melody,” “Can’t Help Falling in Love,” and his timeless original songs including “Will You Be My Everyday?” “I Found a Home,” and “Just One Prayer Away.” . The beloved Italian-American tenor has planned a setlist that includes some of the most romantic music including a selection of classic standards, arias, famed love songs and celebrated original songs, along with tunes from his critically acclaimed new album, The Love Album.