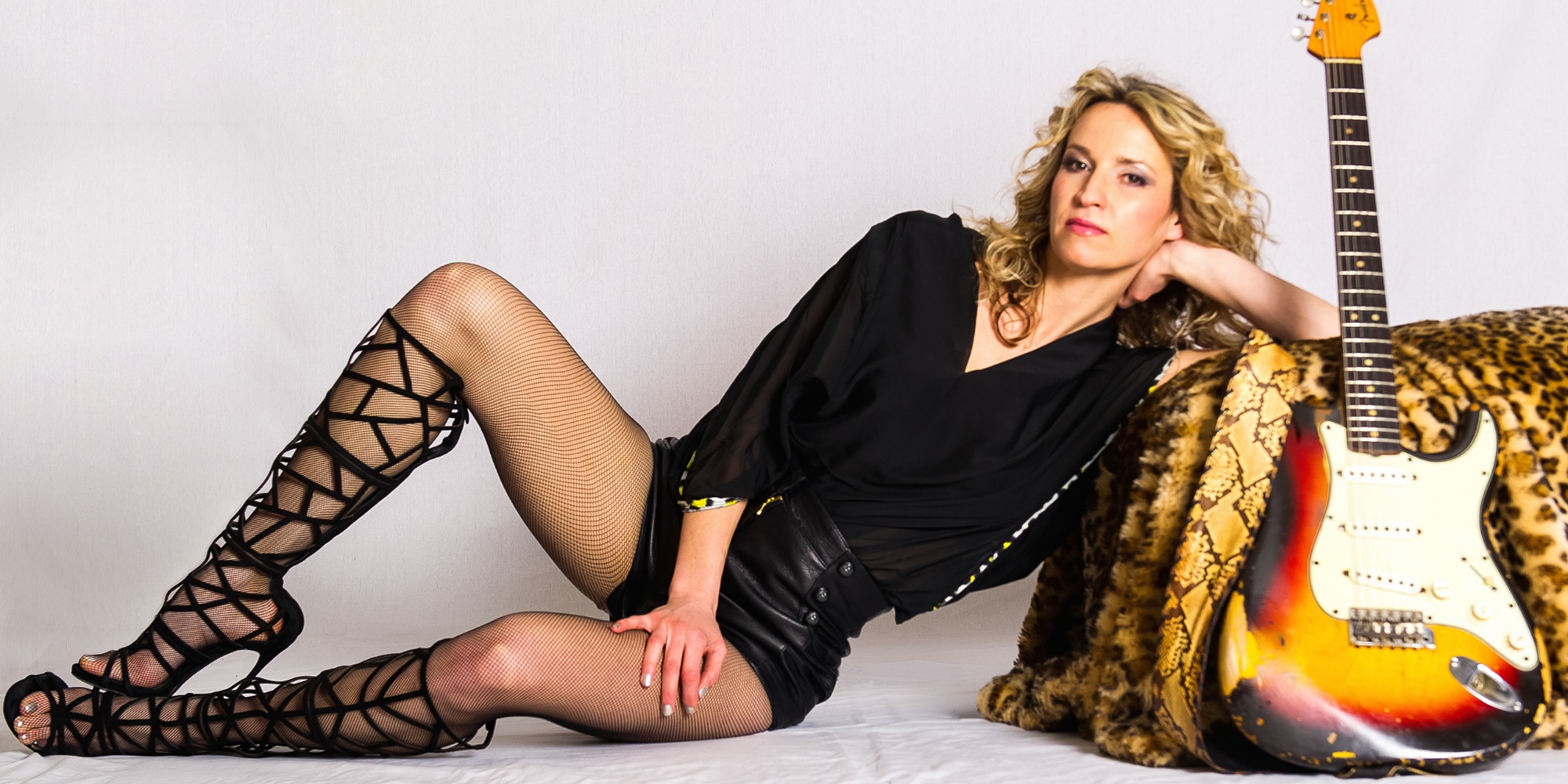 Ana Popovic appearing at The Tin Pan in Richmond, VA

The award-winning, hard-touring, guitar slinger and singer Ana Popovic is back on the road promoting her new album ‘Like It On Top’, that focuses on empowered, successful, inspiring female role models.

Like It On Top opened #2 at the iTunes most downloaded US blues albums. The album peaked at #2 of the Billboard Top Selling blues albums chart.

A trending theme in today’s world is women overcoming obstacles and breaking through the glass ceilings to reach the top. Like It On Top celebrates those that take initiative, develop, inspire and motivate. But it also credits the men who are motivated and enlightened enough to support women in their quest to be their best versions of themselves.

“I hope that my music inspires others to motivate ladies all over the world to be successful, energetic, empowered women on a mission, and to motivate men to give them that chance,” Popovic says. “The majority of women need to work harder than men to prove themselves or need to cope with a feeling of constant pressure to never make a mistake and be perfect. I believe that women no longer only have the right to earn a living and to take care of themselves and their families. The time has come to step it up. Becoming the outstanding leaders of tomorrow. Corner-office ladies in business, politics, and the electric guitar!”

Ana has been moving west all her life. She fell in love with American blues as a kid, starting back home in Belgrade, Serbia (ex-Yugoslavia), then moved to the Netherlands to study at the conservatory of jazz and world-music. She lived in Amsterdam for over ten years, and then in a single-minded pursuit of her art and career, she relocated to Memphis, TN to record and work with Southern musicians. Finally, two years ago, she moved her family to Los Angeles, California where she now lives.

Called “one helluva a guitar-player” by Bruce Springsteen and nominated for six Blues Music Awards, Ana has appeared on the covers of Vintage Guitar and Guitar Player magazine. Her albums ‘Can You Stand The Heat’ and ‘Unconditional’ were USA Today Picks-Of-The-Week and featured on NPR Weekend Edition, who praised her “Fiery technique on the Stratocaster”. Nearly all of Ana’s albums reached the top of the Billboard Blues Charts. She and her six-piece band have toured tirelessly, sharing stages with B.B. King, Buddy Guy, Jeff Beck, Joe Bonamassa and many others.