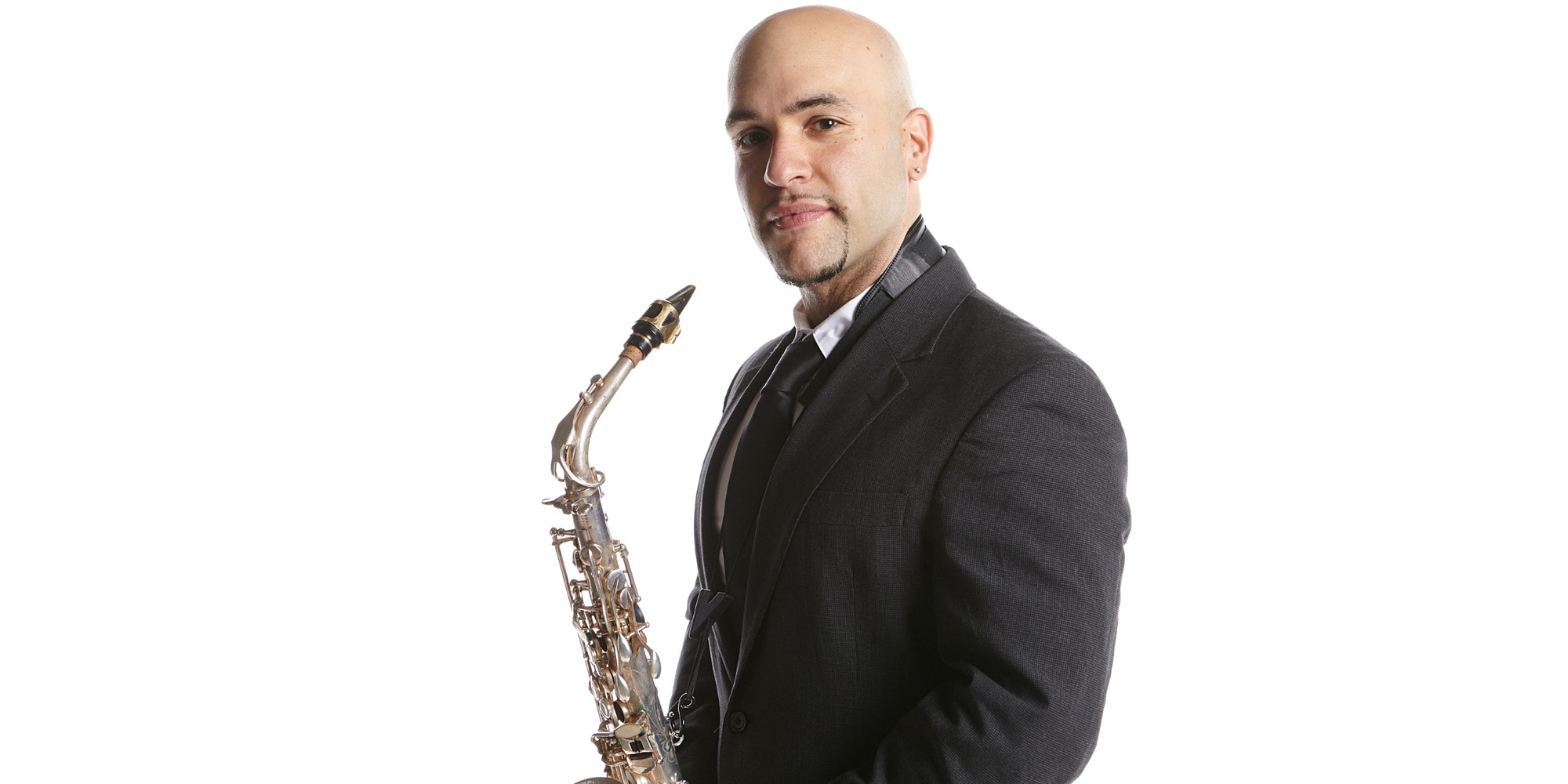 Contemporary, smooth, and eclectic – three words that just begin to describe Albert Rivera, “a modern Jazz Messenger” with one of the most exciting and sought-after saxophone sounds in today’s jazz scene. His four albums, Re-Introduction, Inner Peace (Turnaround Records) Back At It and Live at the Litchfield Jazz Festival (Truth Revolution Records) was warmly embraced by critics, who call Albert and his bandmates,“ young artists who are part of the next wave in this jazz ritual.” (Downbeat Magazine)

Albert Rivera’s musical journey began at the prestigious Laguardia High School in New York City and summers at the Litchfield Jazz Camp in Connecticut. After finishing attending the New School University Jazz and Contemporary music conservatory, he began a career in music that sees him today, a seasoned performer, educator and producer at 37. Albert has garnered awards and has a successful career both as a sideman and a leader. He won the ASCAP Young Jazz Composer Award in 2009 and the 2012 Chamber Music American Residency Grant. Crit-ics have called him “a modern Jazz Messenger.” (Hartford Courant – Owen McNally) Rivera, equally at home now on soprano, alto and tenor saxophones, has a distinct style which he says was greatly influenced by classic jazz greats like John Coltrane and Joe Henderson.

As a performer, he has regularly appeared both in his hometown of New York in venues like Zinc Bar, Smalls Jazz Club, Blue Note and others and maintains a busy national and international travel schedule throughout varies cities in Connecticut, Baltimore, Philadelphia, Washington DC, Georgia, Florida, California, Georgia and countless others.. His collaborators in the past have included Don Braden, Gerald Veasley, Jimmy Greene, Claudio Roditi, Matt Wilson, Paul Bollen-back and Dave Stryker, Rachel Z and even a stint with the great legendary pianist Junior Mance. He is also the current Director of Operations at the Litchfield Jazz Camp & Festival,

Rivera’s musical journey has led him to a rewarding career as an educator. He is a long-time art-ist/composer/band director in residence for a large middle school project each year, including the now concluded Project Poetry Live, which ran for two decades by Litchfield Performing Arts serving 800 to 1000 students annually. He created a program for the Miami Arts Charter School (Miami, FL) to help children continue to learn about the jazz language. He is often a guest artist, lecturer and clinician in various programs nationally and internationally.

Fans and critics alike have taken notice. DownBeat Magazine the monthly “bible” of jazz, report-ed on his successful, inventive approach to his career in its March 2016 issue in “Enterprising Energy” by Ken Micallef. Critics have long admired Rivera’s original and fluid saxophone style. Critic Elliott Simon wrote that “Rivera’s compositions are diverse, these musicians hit the pocket and sustain a powerful group dynamic.” Tony Hall, of Jazz Wise Magazine, added that “Rivera has a timeless tone.”